This release comes in the midst of a global pandemic. We’re releasing this version today to respect the work of hundreds of contributors who made this release possible and to prevent the release from falling too far behind master. Please be mindful of the reduced capacity of contributors to help with issues and prepare to delay upgrading if necessary.

Flipper is a developer tool for debugging mobile apps. It’s popular in the Android and iOS communities, and in this release we’ve enabled support by default for new and existing React Native apps. 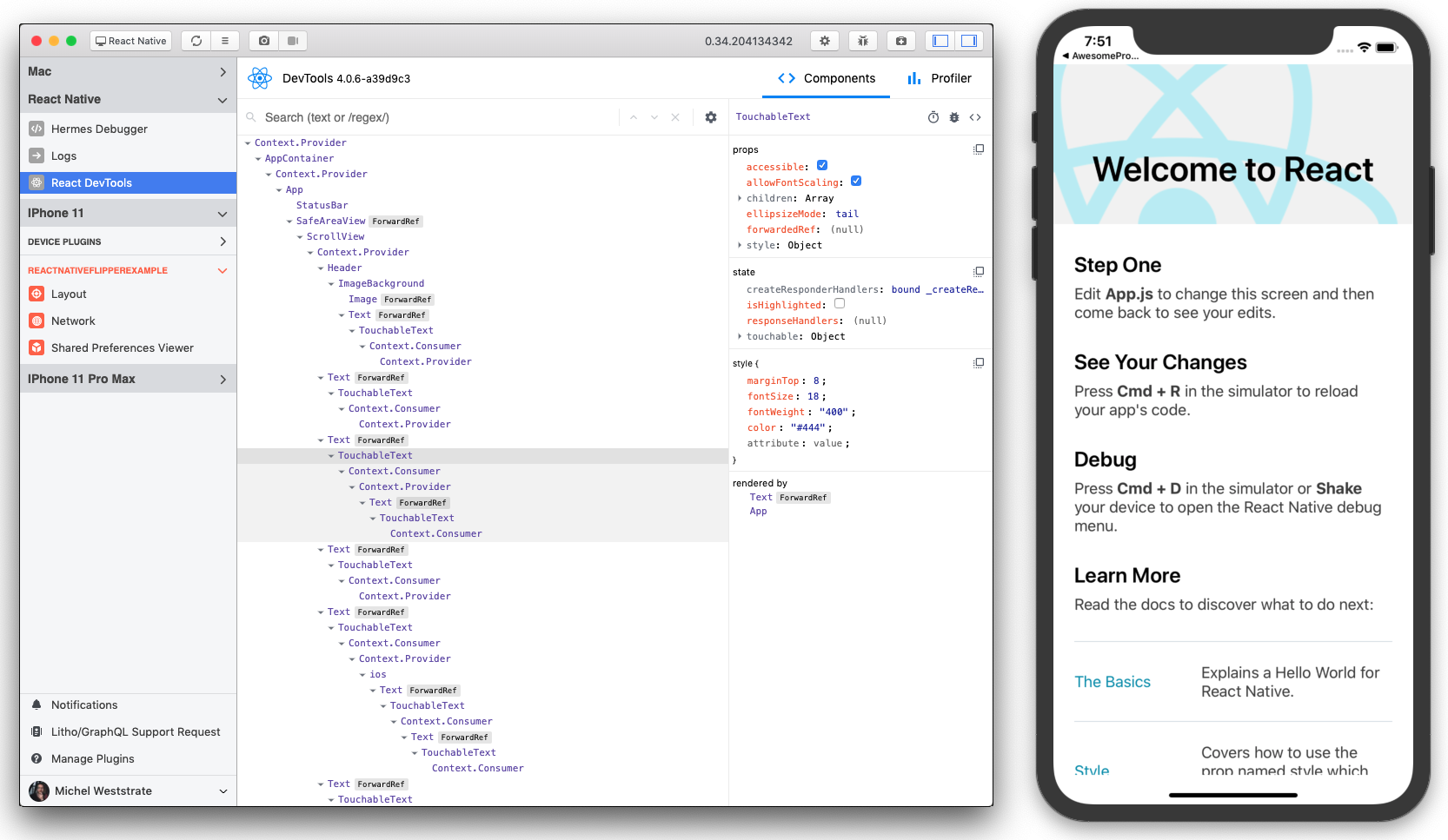 Flipper provides the following features out of the box:

Additionally, since Flipper is an extensible platform, it provides a marketplace that pulls plugins from NPM so you can publish and install custom plugins specific to your workflows. See the available plugins here.

For more information, check out the Flipper documentation.

We’ve added a new Appearance module to provide access to the user's appearance preferences, such as their preferred color scheme (light or dark).

We’ve also added a hook to subscribe to state updates to the users preferences:

See the docs for Appearance and useColorScheme for more information.

As part of our Lean Core effort and to bring Apple TV in line with other platforms like React Native Windows and React Native macOS, we’ve started to remove Apple TV specific code from core.

Going forward, Apple TV support for React Native will be maintained in react-native-community/react-native-tvos along with the corresponding react-native-tvos NPM package. This is a full fork of the main repository, with only the changes needed to support Apple TV.

Even with this tool, issues come up when upgrading. Today we're introducing more dedicated upgrading support by announcing Upgrade-Support. Upgrade Support is a GitHub issue tracker where users can submit issues specific to upgrading their projects to receive help from the community.

We're always working to improve the upgrade experience, and we hope that these tools give users the support they need in the edge cases we haven't covered yet.

Thank you to the hundreds of contributors that helped make 0.62 possible!

To see all the updates, take a look at the 0.62 changelog.