This is documentation for React Native 0.62, which is no longer actively maintained.
For up-to-date documentation, see the latest version (0.63).
Version: 0.62

This page will help you install and build your first React Native app.

If you are new to mobile development, the easiest way to get started is with Expo CLI. Expo is a set of tools built around React Native and, while it has many features, the most relevant feature for us right now is that it can get you writing a React Native app within minutes. You will only need a recent version of Node.js and a phone or emulator. If you'd like to try out React Native directly in your web browser before installing any tools, you can try out Snack.

If you are already familiar with mobile development, you may want to use React Native CLI. It requires Xcode or Android Studio to get started. If you already have one of these tools installed, you should be able to get up and running within a few minutes. If they are not installed, you should expect to spend about an hour installing and configuring them.

Assuming that you have Node 12 LTS or greater installed, you can use npm to install the Expo CLI command line utility:

This will start a development server for you.

Install the Expo client app on your iOS or Android phone and connect to the same wireless network as your computer. On Android, use the Expo app to scan the QR code from your terminal to open your project. On iOS, use the built-in QR code scanner of the Camera app.

Now that you have successfully run the app, let's modify it. Open App.js in your text editor of choice and edit some lines. The application should reload automatically once you save your changes. 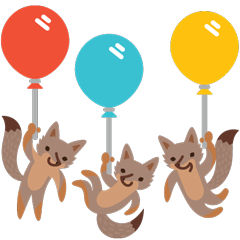 Expo also has docs you can reference if you have questions specific to the tool. You can also ask for help at Expo forums.

These tools help you get started quickly, but before committing to building your app with Expo CLI, read about the limitations.

If you have a problem with Expo, before creating a new issue, please see if there's an existing issue about it:

If you're curious to learn more about React Native, check out the Introduction to React Native.

Running your app on a simulator or virtual device

Because you don't build any native code when using Expo to create a project, it's not possible to include custom native modules beyond the React Native APIs and components that are available in the Expo client app.

If you know that you'll eventually need to include your own native code, Expo is still a good way to get started. In that case you'll need to "eject" eventually to create your own native builds. If you do eject, the "React Native CLI Quickstart" instructions will be required to continue working on your project.