After launching an app to the app stores, internationalization is the next step to further your audience reach. Over 20 countries and numerous people around the world use Right-to-Left (RTL) languages. Thus, making your app support RTL for them is necessary.

We're glad to announce that React Native has been improved to support RTL layouts. This is now available in the react-native master branch today, and will be available in the next RC: v0.33.0-rc.

To battle test the RTL support in production, the latest version of the Facebook Ads Manager app (the first cross-platform 100% RN app) is now available in Arabic and Hebrew with RTL layouts for both iOS and Android. Here is how it looks like in those RTL languages: 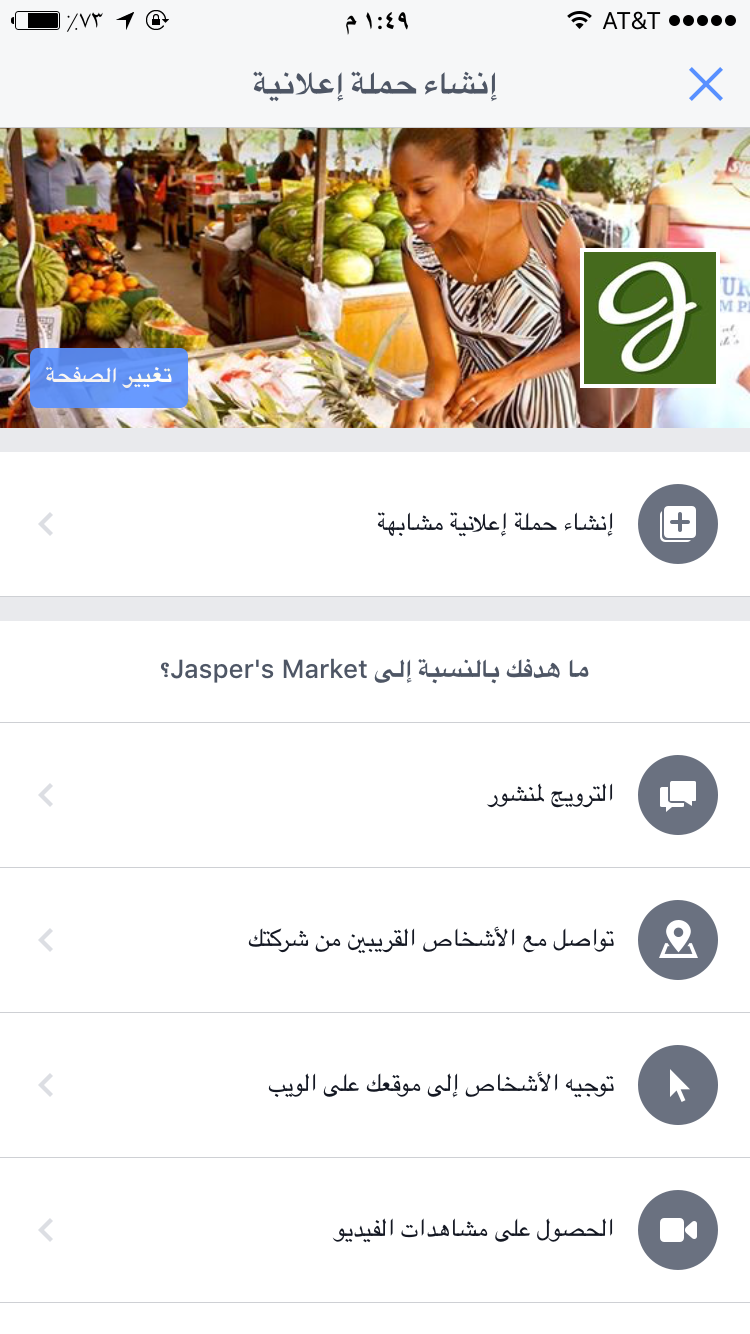 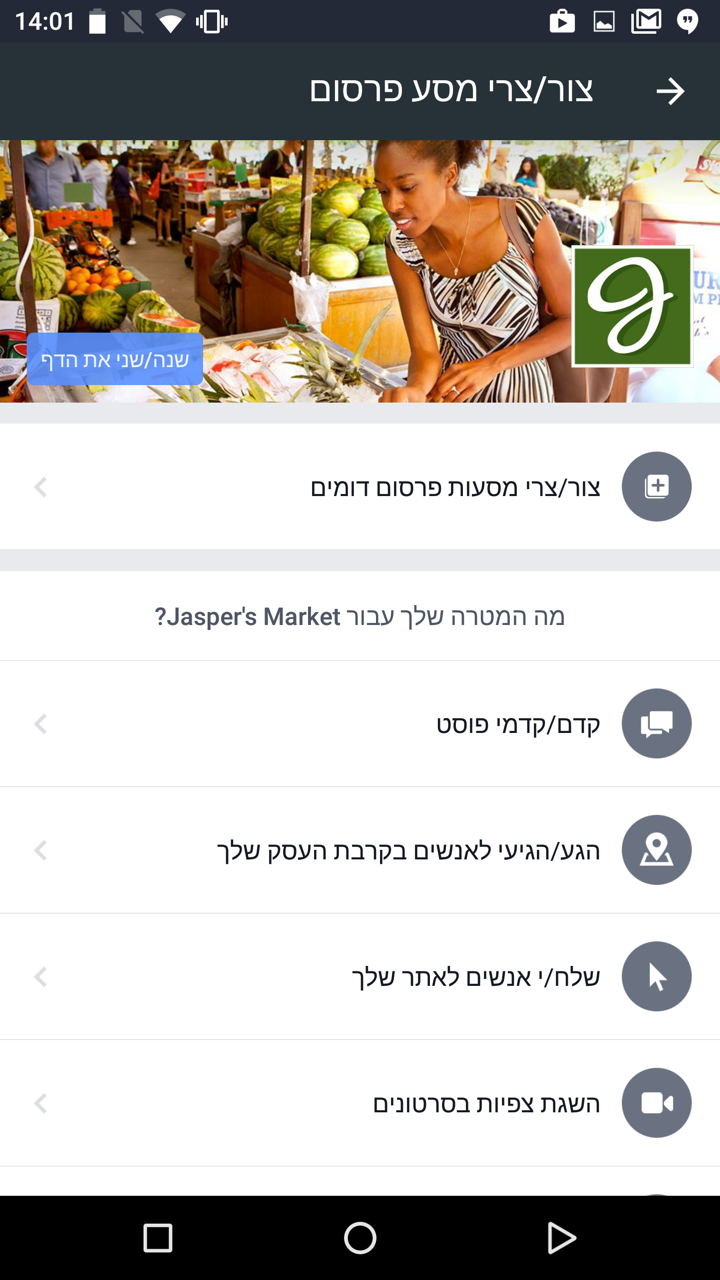 In addition, css-layout already makes each component's direction inherits from its parent. This means, we simply need to set the direction of the root component to RTL, and the entire app will flip.

The diagram below describes the changes at high level: 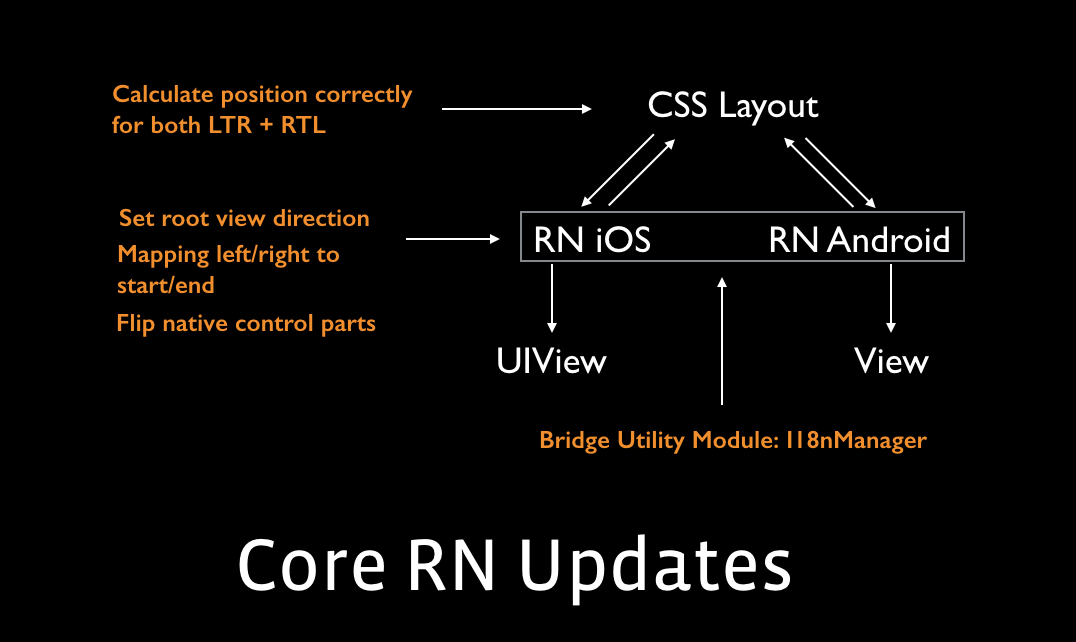 With this update, when you allow RTL layout for your app:

Now, when you recompile your app and change the device language to an RTL language (e.g. Arabic or Hebrew), your app layout should change to RTL automatically.

In general, most components are already RTL-ready, for example: 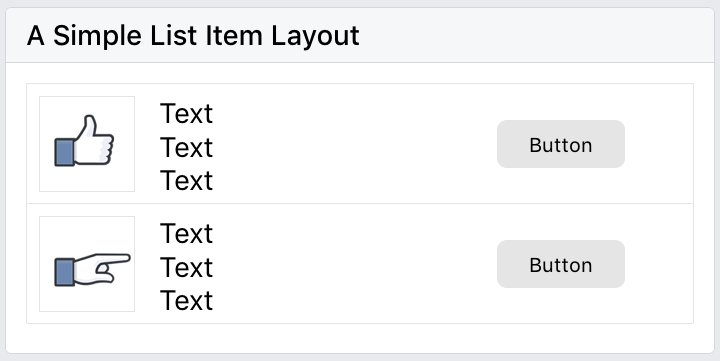 However, there are several cases to be aware of, for which you will need the I18nManager. In I18nManager, there is a constant isRTL to tell if layout of app is RTL or not, so that you can make the necessary changes according to the layout.

If your component has icons or images, they will be displayed the same way in LTR and RTL layout, because RN will not flip your source image. Therefore, you should flip them according to the layout style.

Here are two ways to flip the icon according to the direction:

A good example to illustrate gesture RTL support is SwipeableRow. 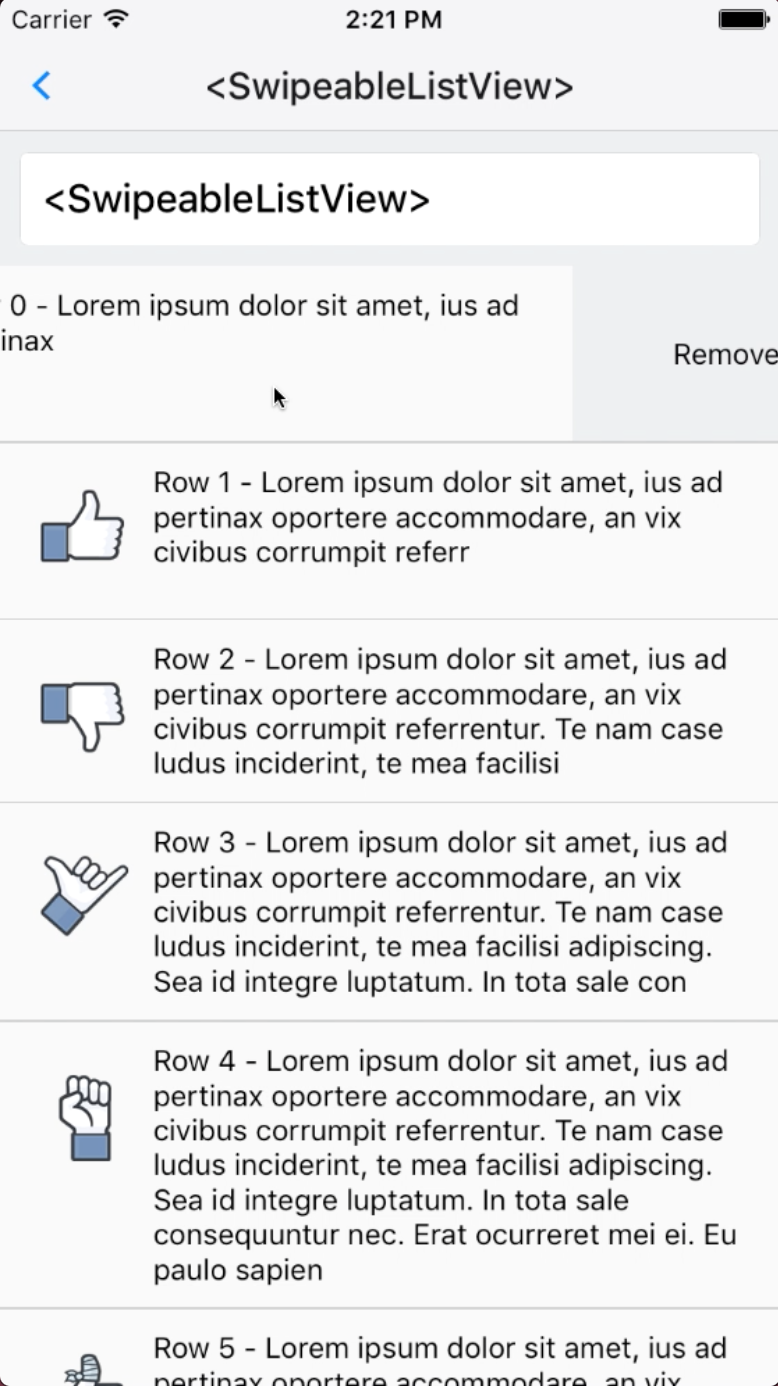 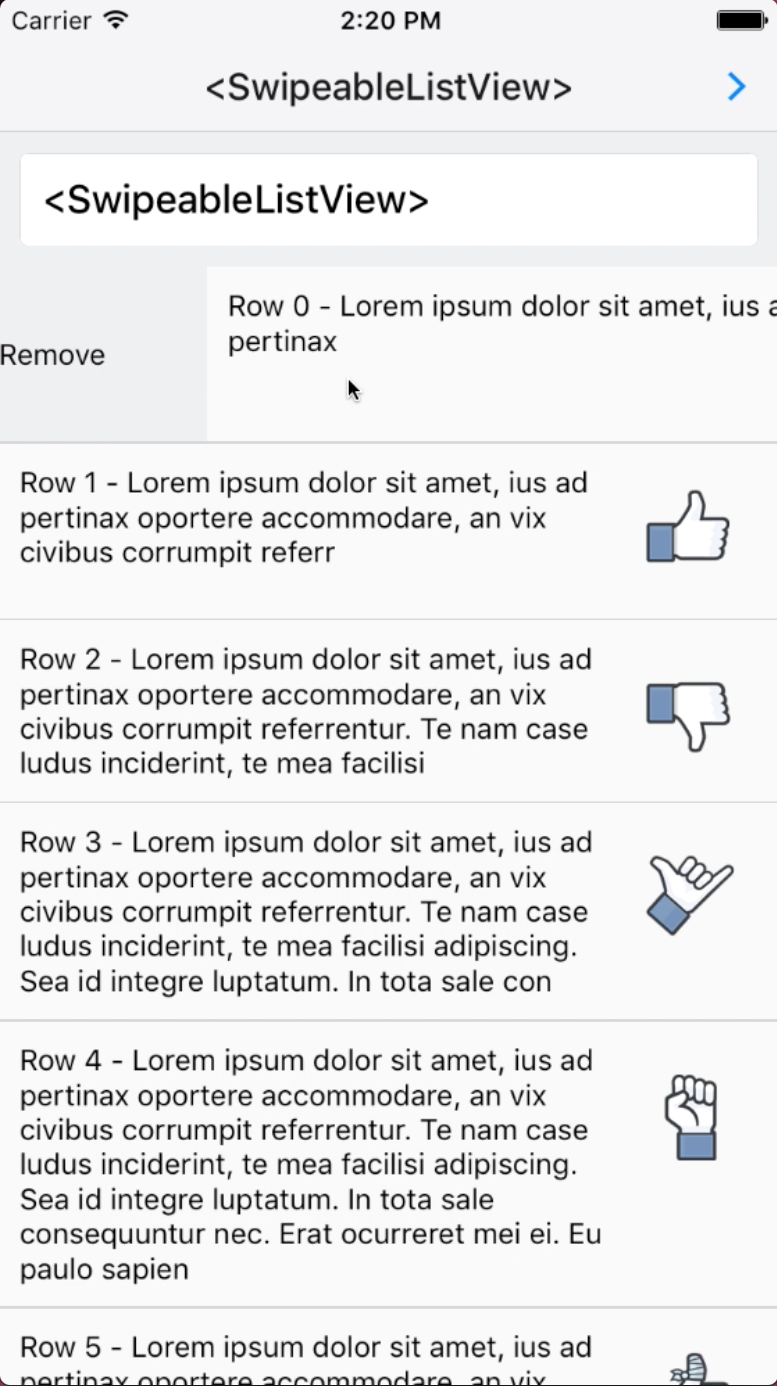 Even after the initial RTL-compatible app release, you will likely need to iterate on new features. To improve development efficiency, I18nManager provides the forceRTL() function for faster RTL testing without changing the test device language. You might want to provide a simple switch for this in your app. Here's an example from the RTL example in the RNTester: 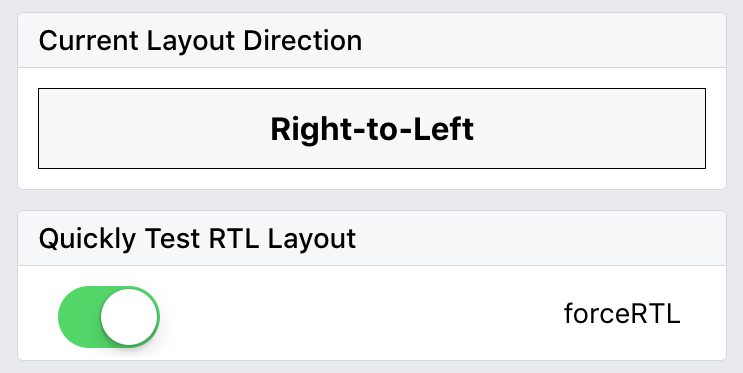 When working on a new feature, you can easily toggle this button and reload the app to see RTL layout. The benefit is you won't need to change the language setting to test, however some text alignment won't change, as explained in the next section. Therefore, it's always a good idea to test your app in the RTL language before launching.

The RTL support should cover most of the UX in your app; however, there are some limitations for now:

Check out the RTLExample in the RNTester to understand more about RTL support, and let us know how it works for you!

Finally, thank you for reading! We hope that the RTL support for React Native helps you grow your apps for international audience!