This document refers to the architecture of the new renderer, Fabric, that is in active roll-out.

In the previous render system of React Native, the React Shadow Tree, layout logic, and View Flattening algorithm were implemented once for each platform. The current renderer was designed to be a cross-platform solution by sharing a core C++ implementation.

Leveraging C++ for the core render system introduces several advantages. A single implementation reduces the cost of development and maintenance. It improves the performance of creating React Shadow Trees and layout calculation because the overhead of integrating Yoga with the renderer is minimized on Android (i.e. no more JNI for Yoga). Finally, the memory footprint of each React Shadow Node is smaller in C++ than it would be if allocated from Kotlin or Swift.

The team is also leveraging C++ features that enforce immutability to ensure there are no issues related to concurrent access to shared but not protected resources.

It is important to recognize that the renderer use case for Android still incurs the cost of JNI for two primary use cases:

The renderer provides two sides of its C++ APIs:

For (i), React communicates with the renderer to render a React Tree and to “listen” for events (e.g. onLayout, onKeyPress, touch, etc).

For (ii), the React Native renderer communicates with the host platform to mount host views on the screen (create, insert, update or delete of host views) and it listens for events that are generated by the user on the host platform. 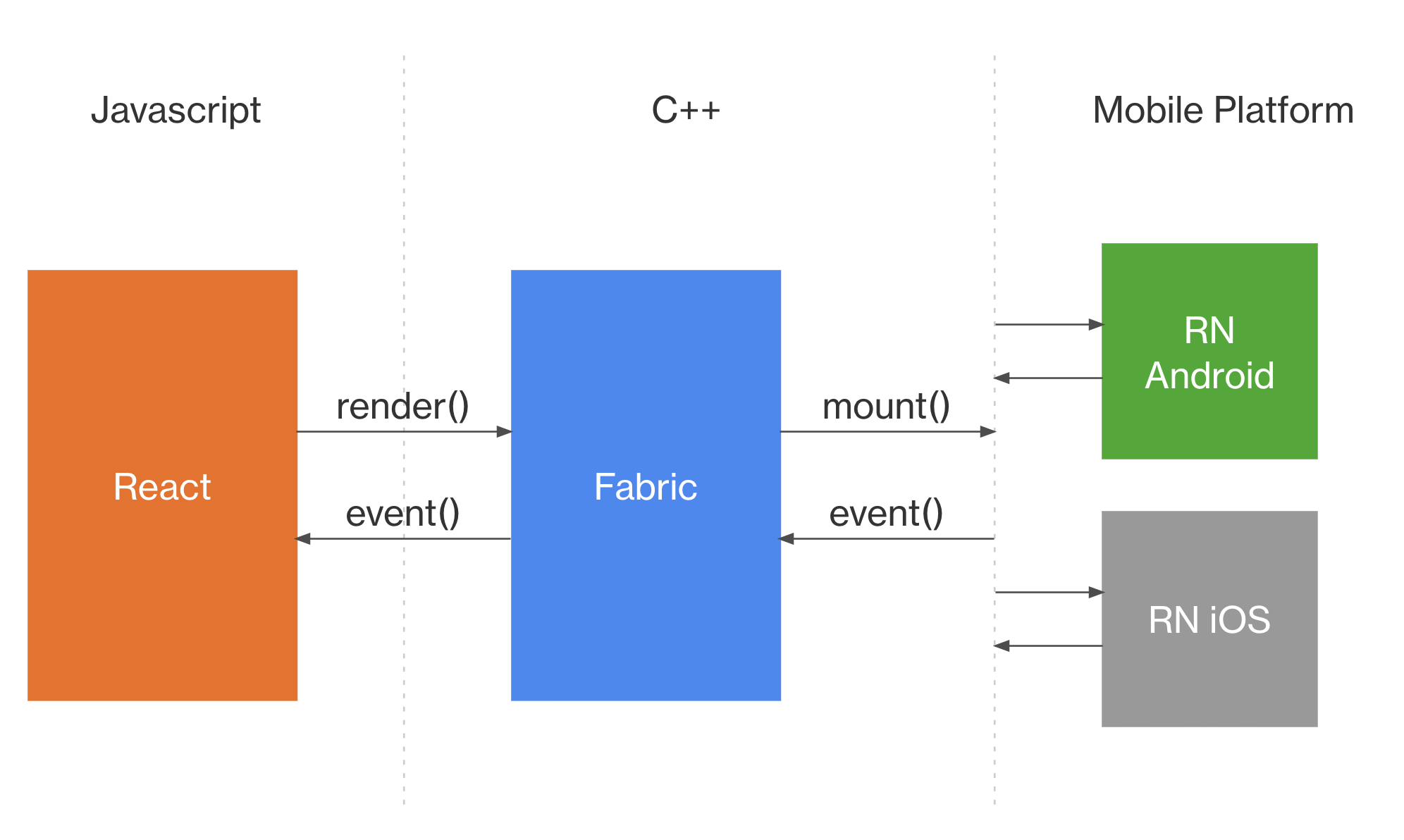